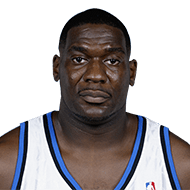 During a recent appearance on the Knuckleheads podcast with Quentin Richardson & Darius Miles, Kemp recalled a meeting with Bird that has stuck with him to this day. “We were playing the Boston Celtics, so the great Larry Bird. I’m from Indiana and Larry’s from Indiana,” Kemp said. “I knew about the history of Larry but I didn’t realize how he really got down. Larry gave me 50 [points] in three quarters. And he talked to me the whole entire game. He asked me at the jump ball, ‘You’re the one that broke all my records in high school right?’ and I said ‘Yeah, that’s me.’ and he said ‘I’ve got something for you tonight.'”
1 year ago – via Justin Leger @ NBC Sports

Storyline: Seattle Team?
share
tweet
send
sms
email
Even after LeBron James claimed his fourth NBA Championship, not everyone is sold on his status as the NBA’s GOAT. In a chat on The Dab Roast podcast, 6x All-Star Shawn Kemp explained why he believes LeBron can never match Jordan on basketball’s hierarchy of greatness. “I’mma say Michael Jordan. I think LeBron James has done great, but only thing Michael Jordan ever did was win. There’s players as myself who haven’t won a championship that were very good. There’s guys who I’ve seen win championships, they’re good players, but they had a good team also around them,” Kemp said. “And I look at Michael Jordan, he played with the Bulls, and he had Scottie Pippen. But without Michael being there, the Bulls wasn’t gonna win the championship. It came from Michael Jordan.”
1 year ago – via Fade Away World

Storyline: GOAT Debate
share
tweet
send
sms
email
Shawn Kemp admits he smoked marijuana during his days as an NBA superstar … and flat out says he has zero regrets, ’cause weed is way SAFER than pain pills. TMZ Sports talked to the 50-year-old former hooper — a 6x All-Star who played in the league from 1989 to 2003 — about weed in the NBA … and the “Reign Man” was honest when we asked if he blazed as a player. “When I played, absolutely we smoked pot back in the day when we played. We was responsible with it but we definitely smoked,” Kemp says.
1 year ago – via TMZ Staff @ TMZ.com

share
tweet
send
sms
email
The line outside of Shawn Kemp’s Cannabis began forming hours before the store’s namesake and legendary NBA player opened the doors of the dispensary for the first time Friday afternoon. “This is why we had to be here and why I keep coming back here,” Kemp said as he surveyed a somewhat socially-distanced crowd of hundreds that stretched down First Avenue block. “Seattle has always supported me and shown me love.” Kemp’s affinity towards his adopted city began three decades ago when the Sonics took a flyer with their first-round pick in the 1989 NBA draft on an unheralded 19-year-old kid from Elkhart, Indiana.
1 year ago – via Percy Allen @ Spokesman-Review

share
tweet
send
sms
email
The Reign Man … is now the Strain Man — because ex-NBA star Shawn Kemp is officially in the marijuana business. The 50-year-old Seattle SuperSonics legend is opening Shawn Kemp’s Cannabis in Seattle on Oct. 30 — a shop poised to become the first Black-owned dispensary in the city. In fact, Kemp’s even hosting former Sonics teammate, Gary Payton, at next week’s grand opening. “I’m looking forward to welcoming Sonics fans on a regular basis, starting with opening day,” Kemp said in a statement. “I hope that Shawn Kemp’s Cannabis will be an inspiration for people to get involved with the legal cannabis industry, especially people of color.”
1 year ago – via TMZ Staff @ TMZ.com

Storyline: Marijuana Use
share
tweet
send
sms
email
Seattle SuperSonics legend Shawn Kemp will officially be in the cannabis business next week. The Reign Man, the high-flying forward who starred for Seattle’s former NBA franchise in the 1990s, is opening up his cannabis shop on Oct. 30, according to a press release.
1 year ago – via KOMO