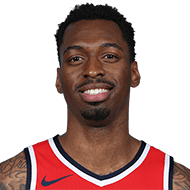 Storyline: Sheldon Mac Free Agency
share
tweet
send
sms
email
Sheldon Mac: It’s been 3 years since I been on a NBA court…. today it ends!!! All them earling mornings & late nights of therapy I will never forget!!!! ROTM is back
2 years ago – via Twitter sheldonmacc

John Wall: I don’t like to talk about other team doctors or whatever, but if you watched Kevin, the whole time before he played that Game 5, if you watch where he was icing at, or when he had his injury, I know what a calf strain is like. I know what an Achilles injury is like. When you look back like that, I knew it was an Achilles injury from the start. I can’t diagnose what those doctors said. But if you look where he was icing his leg, it was the Achilles the whole time. I had a teammate, Sheldon Mac, that tore his Achilles the same way and once he made that same move, I knew exactly what it was. I talk to Kevin all the time. We’re great friends. He’s doing great. He’s taking his time, I guess. I don’t know. I just wish him the best. He’s one of those guys, if he has the Achilles or not, it’s not going to affect him, I feel, because he can score at all levels.
3 years ago – via The Athletic

Bobby Marks: Washington could put a waiver claim for the $1.5M Derrick Rose contract. The claim would cost the Wizards $2.4M in tax penalties, the same amount they saved when Sheldon Mac was traded to Atlanta. A rest of the season contract would increase the tax by $800K.
4 years ago – via Twitter BobbyMarks42