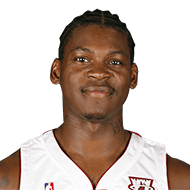 share
tweet
send
sms
email
Smush Parker: The toughest pill to swallow on today for me has been the fact that I didn’t get a chance to verbally speak with my brother to not only reconcile our differences but to find out if he actually had a relationship with The Lord Almighty. As today proves no matter how successful we are in life, when God calls for His breathe back our time here on earth is up. And if we don’t invest our time wisely here on earth, our life in eternity can be a very bad ordeal. I do truly Pray his relationship with The Lord was real, and that Jesus was Lord over his life and not just as a Savior.
3 years ago – via Instagram

share
tweet
send
sms
email
Smush Parker: Two Alpha Males, one team, one objective! My only “regret” is that I didn’t know how to submit to the greater Alpha! This was a case of #mambamentality meets Brooklyn #iWillNotLoseMentality
3 years ago – via Instagram

Storyline: Kobe Bryant Death
share
tweet
send
sms
email
It’s the ground floor of what Parker hopes is a rise to NBA referee, which would make him the first former NBA player since Haywoode Workman to complete that path. The competition in the Corporate League game is spirited and physical, even if it’s played well below the rim. The stakes are high enough for the center to approach Parker and vehemently protest a call near the end of a close game. His aggression could’ve prompted a tech from a ref with a lighter trigger. “But as a former player, I understand those emotions,” Parker reasons.
3 years ago – via Stefan Bondy @ New York Daily News

share
tweet
send
sms
email
Bryant had responded with stinging public insults — most notably calling Parker the worst player in the NBA — and the two never spoke again despite starting 157 games together in the Lakers backcourt. Just last year, Parker’s name surfaced in two of Bryant’s interviews, both in unflattering terms. “Things that I said, I was young, I put it out there, I shouldn’t have,” Parker says. “But Kobe still has things to say about me. At this point, I really think that Kobe loves me with how much he talks about me.”
3 years ago – via Stefan Bondy @ New York Daily News

share
tweet
send
sms
email
$150. Current price for a personalized video greeting from Heat forward Udonis Haslem through his new agreement with Cameo.com. As a matter of Heat perspective, a John Salley greeting is listed at $50, a Smush Parker greeting at $64 and a Mario Chalmers greeting at $100.
3 years ago – via South Florida Sun-Sentinel

share
tweet
send
sms
email
Lamar Odom isn’t gonna have to make his hoops comeback alone … ’cause his old teammate Smush Parker wants to reunite and dominate together — in EUROPE!! TMZ Sports spoke with Smush about Lamar wanting to play pro ball overseas … and since Parker has 10 years of experience playing international ball, he says he’d love to work with L.O. to show what it takes.
4 years ago – via TMZ.com