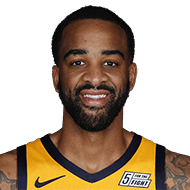 Position: -
Born: 03/18/92
Height: 6-6 / 1.98
Weight:216 lbs. / 98 kg.
0 share
share
tweet
pin
sms
send
email
Melbourne United have announced the signing of 27-year-old forward Stanton Kidd. Kidd, who joins the team as an injury replacement player for Casey Prather, played four games for the Utah Jazz in the NBA earlier this season and has made a name for himself as a tough and versatile two-way player. Kidd impressed during two NBA Summer League stints with the Jazz and earned a spot on their 2019/20 roster, before being waived on 21 November.
3 years ago – via NBL.com.au

The Utah Jazz announced today that the team has signed forward Juwan Morgan. Per team policy, terms of the deal were not released. In a related move, the team has waived forward Stanton Kidd.
3 years ago – via NBA.com

share
tweet
send
sms
email
Bobby Marks: Utah used $2.7M in cap space and split it between: Miye One, Stanton Kidd and William Howard. Each were signed to a three-year pact with a partial on Kidd and Howard. Expect Ed Davis, Emmanuel Mudiay and Jeff Green now to sign.
3 years ago – via Twitter BobbyMarks42