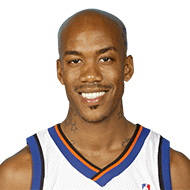 Stephon Marbury is also not pleased by that characterization of Irving and the comparison that was made. “There’s always someone pushing a narrative to the public about Black men who have a voice respect and the ability to make millions or billions of dollars,” Stephon Marbury told me via text message.
3 months ago – via Brandon 'Scoop B' Robinson, Brandon 'Scoop B' Robinson @ Heavy.com

share
tweet
send
sms
email
“It seems the threat will always be real no matter the time period in life. Kyrie is one of the realist humans on the earth let alone one of the coldest point guards to ever play the game of basketball with more time to wine and dine us. Because his mind sees differently than the crowd of people that speak frequently he’s a problem. He’s done things on the court we’ve never seen before. He’s a champion and if he never wins another championship he did more than a lot of people in his short time while living. If people stopped in the moment payed attention to the people pushing the narrative that he’s a problem it’s only because they can’t solve him. Take a look at most of the people writing about him and you’ll get your answer. It’s a gang of them and their built to tear down the culture assassinate your character your game while defaming your fame. These people who write my name parents wrote my name in vain and if it wasn’t their parents it was their grandparents. It’s all so familiar looking like how I look but it’s their book, we just keep them shook.”
3 months ago – via Brandon 'Scoop B' Robinson, Brandon 'Scoop B' Robinson @ Heavy.com

share
tweet
send
sms
email
Emiliano Carchia: Salah Mejri is joining Beijing Royal Fighters where he will be coached by Stephon Marbury. The Tunisian has played with Real Madrid last season
4 months ago – via Twitter Carchia

share
tweet
send
sms
email
Two former Knicks blasted the new front office, with Rasheed Wallace calling the hirings of Leon Rose and William Wesley “a brain fart” by the organization and Stephon Marbury labeling Wesley, in particular, a “world wide sucker.” Marbury didn’t get into specifics during his social media rant, but Wallace said the executives carry baggage into their new jobs because of their dealings as agents and won’t have the respect of players because they lack a basketball background.
7 months ago – via Stefan Bondy @ New York Daily News

share
tweet
send
sms
email
“I mean damn, it can get worse. We all think they’re going to hit rock bottom but [the Knicks] keep going lower and lower,” Wallace told hosts Bonzi Wells and Zach Gelb on CBS Sports Radio. “I’m just a little bit confused by it, if you ask me. It’s one thing to have a former agent and agency coming in and giving you their input here and there, but to hire them full time, you’re taking on a lot. Because now, unfortunately, [Knicks owner James] Dolan is taking on their baggage.
7 months ago – via Stefan Bondy @ New York Daily News

Storyline: Knicks Front Office
share
tweet
send
sms
email
“Whoever they had beef with or problems with, now it’s going to come up and affect them. Now that they have those executive positions with the Knicks they might not get these certain players. Or just going through the grapevine because there could be other agents mad at Leon Rose for trying to do this and that when he was an agent. It’s going to be interesting man. My thought is more power to them, I was with them for a while but this is a just brain fart right here.”
7 months ago – via Stefan Bondy @ New York Daily News