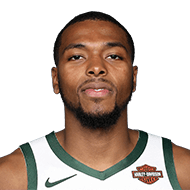 Cayleigh Griffin: Coach Silas described Sterling Brown’s knee soreness as a Grade 1 strain, and expects him back in the next game or two.
10 hours ago – via Twitter cayleighgriffin

Jonathan Feigen: Rockets guard Sterling Brown out in Phoenix tomorrow with a sore left knee.
1 day ago – via Twitter Jonathan_Feigen

None of the other obvious players the Rockets could move by Thursday – most notably guards Sterling Brown and Ben McLemore, or forward Danuel House – generate much trade interest around the league. Of the three, House has the most interest, sources say. Interest in McLemore has cooled recently. If Houston isn’t able to move McLemore before Thursday’s deadline, there’s also a possibility he’s waived. “House could have a little market (as a) 3 & D type player,” another executive said. “Sterling Brown is more of a ‘filler’ in deals than a targeted player to trade for.”
3 weeks ago – via Kelly Iko, David Aldridge, Danny Leroux @ The Athletic

Multiple league sources expect wing Sterling Brown to also garner interest. Regardless of who does and doesn’t get dealt, losing games should be Houston’s priority before starting a proper rebuild this offseason.
1 month ago – via Kevin O'Connor @ The Ringer

Jonathan Feigen: Rockets guard Sterling Brown was upgraded from questionable and will be available tonight vs. Suns.
3 months ago – via Twitter Jonathan_Feigen