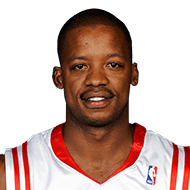 Quentin Richardson: You have to look at the timing of everything. When you throw the names out there, it sounds crazy. When you look at the timing of everything and meshing of everything, it was like mixing oil with (inaudible). You had Larry Brown, who was an all-time great coach, one of my favorite coaches, but we all know coach Brown is one of the most stern coaches there was. You had guys like Jalen Rose, Stephon Marbury, Steve Francis, Kelvin Cato, Jerome James. All these veteran guys were more towards the backend of their careers than their primes. Then you had David Lee and Jamal Crawford. Lee was a rookie when he got there. Nate Robinson was a rookie. Renaldo Balkman was a rookie. The mix was crazy. It was a chaotic culture they came into. That was the reason why everything was going haywire at the time.
9 months ago – via Michael Scotto @ HoopsHype

Mark Berman: Steve Francis will take the First Shot for charity before the #Rockets play the Magic tonight at Toyota Center.
1 year ago – via Twitter MarkBermanFox26

share
tweet
send
sms
email
Since restricted free agency has been implemented, there have been few cases of players demanding trades from teams that drafted them, namely Steve Francis with the Vancouver Grizzlies and Danny Ferry with the Los Angeles Clippers. However, with the value of qualifying offers increasing significantly, and player empowerment breaking new barriers each season, it’s no surprise that public discourse over the possibility of a premier player utilizing the qualifying offer has gotten louder.
1 year ago – via Yossi Gozlan @ HoopsHype

share
tweet
send
sms
email
Steve was going to play in Italy but finally received his trade wish in late August. The Houston Rockets traded for him in an eleven player deal. Francis sat down to discuss his thought process about almost playing in Italy just a few months ago. (Via Gully TV): “We were looking at Italy. We would’ve probably been the first ones to do it, you know just until that contract was up. I was going to take the chance because they would’ve gave me more than my rookie contract overseas.”
2 years ago – via TalkBasket

What’s the new era of your life involve? Steve Francis: With all that I’ve been through in my life and the journey that I’ve made through growing up on welfare, seeing family members involved with drugs and persevering through all of those things, I’m working on telling my story through a docuseries. We’re in the beginning stages of planning it. My life, overall, has been a blessing and I think telling my story can inspire someone else. I went through a lot, but was able to persevere and go to college, become a dad and be a leader in my community in Houston. I want to show all angles of my life, and also tell the stories of the people that I encountered along the way growing up in Washington, D.C., who didn’t have the platform that I have.
2 years ago – via Jerry Bembry @ The Undefeated