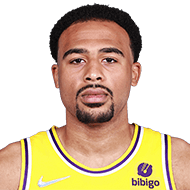 And if you’re looking for even MORE reason to be frustrated, Dave McMenamin of ESPN provided some more ammo recently. In his weekly podcast discussing the Lakers and Clippers with Ohm Youngmisuk, also of ESPN, McMenamin detailed a trade the Lakers didn’t do involving THT last season before pulling the trigger on the PatBev one (h/t OVOLakeShow/Twitter). “I’m told that the Lakers had talks with the Toronto Raptors where the Raptors late last year when it already looked like the Lakers were probably out of it or, at the very least, going to be a low seed and wouldn’t have a likely championship path to go all the way, the Raptors would have traded for Talen Horton-Tucker. Traded a first-round pick.”
1 week ago – via Jacob Rude @ Silverscreenandroll.com

share
tweet
send
sms
email
Dave McMenamin: “So, think about that, the Lakers had another first-round pick on top of the two firsts right now to play with to try to make this team better… Now, of course, I’m told the trade would have also involved Khem Birch so they would have taken some money there and maybe Birch wouldn’t be the best rotation guy for this group but that first round pick is so valuable and it’s why they’re so hamstrung with what they can pursue right now.”
1 week ago – via Jacob Rude @ Silverscreenandroll.com

Anonymous NBA scout: “I think Kelly Olynyk is a great veteran, and so is Mike Conley. They have a solid bench with Collin Sexton. I’m a Walker Kessler guy; I think he’s actually going to be a really good big. And then they’ve got Talen Horton-Tucker… When they acquired Ochai Agbaji and Leandro Bolmaro, I thought those guys would get an opportunity to play, but they really haven’t gotten opportunities because there’s so much depth! They have a lot of veterans who have been very productive.”
1 week ago – via Alex Kennedy @ basketballnews.com 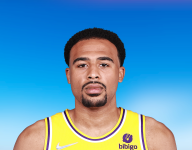 Michael Scotto: It seems like the best trade the Lakers can make if they want to move Russell Westbrook and try to win this season is with Indiana for Myles Turner and Buddy Hield. One note that’s interesting is before the Lakers traded Talen Horton-Tucker to Utah in the Patrick Beverley trade, the Pacers were trying to get Horton-Tucker, I’m told. Essentially, Indiana was hoping to get Westbrook’s expiring contract, the Lakers’ two first-round picks in 2027 and 2029, along with Horton-Tucker for Turner, Hield and they wanted to make LA take Daniel Theis, who has some years looking ahead on his contract. Theis is more of a fit on a playoff-caliber team as we saw with the Celtics previously. The Lakers weren’t trying to essentially part with THT for Theis in that expanded trade package discussion after already having reservations about moving two first-round picks to get off Westbrook’s contract. In talking with people around the league, anybody that’s taking on Westbrook wants both of those first-round picks.
3 months ago – via Michael Scotto @ HoopsHype

League sources say that the Lakers were clearly resistant to the idea of swapping Talen Horton-Tucker for Beverley when the teams began discussing a potential swap in July, owing to the Lakers’ desire to be younger, faster and more athletic this season. Six weeks later at least two things changed: 1) It became apparent that a trade for Kyrie Irving would not be available in the near term after Kevin Durant rescinded his trade demand in Brooklyn; 2) LeBron signed a max contract extension with the Lakers on Aug. 18 that firmly steered the franchise into an urgent win-now mode. Swapping Horton-Tucker for the 34-year-old point guard certainly qualifies as a win-now move for the Lakers, but Beverley has to stay on the floor and deliver to validate the decision to abandon Horton-Tucker when they did.
3 months ago – via Marc Stein @ marcstein.substack.com