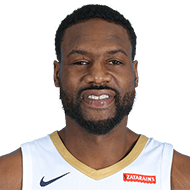 share
tweet
send
sms
email
Gasol and Tony Allen both finished in the top five in voting, but it was ultimately Gasol who walked away with the award. In second place, however, was MVP winner James. He was very close to winning both MVP and DPOY in the same season, and on “Road Trippin’,” he jokingly claimed that Gasol stole the award from him. Gasol responded to these comments, saying that he’d love to discuss it with James over a glass of wine, according to Dave McMenamin of ESPN: “We can talk over it with some wine if he wants to. If it’s anybody’s trophy, I believe that trophy is for the Grizzlies. The team that deserved to have that trophy was the Grizzlies. For some reason they picked me. If anybody could claim that trophy, it’s Tony Allen. At the same time — not that I want to or care about — but I could say I’ve been stolen from All-NBA First Team. I believe I should be there, but I don’t care. We can have a good laugh about it if he wants to. If not, I’m sure he can go get it this year too if he wants to.”
2 months ago – via Lakers Nation

share
tweet
send
sms
email
Robert Covington: Coach [Brett] Brown and Coach [Lloyd] Pierce, they saw how good I could shoot and how things came for me on the offensive end, but they said you’ve gotta turn into Bruce Brown, Kawhi Leonard, Tony Allen, all these different people that can be things on both ends of the court. The main person that I watched was Scottie Pippen because that was my favorite player. Coach Pierce was so adamant about watching film and teaching me and it became a thing of habit. When we didn’t watch film I’d be like ‘yo what are we doing? What’s up? You good, coach?’ But those are the types of habits that we built, and he liked to see that I was on him as much as I was.
5 months ago – via Michael Pina @ GQ.com

Yet a small, tight-knit group from that 2008 Celtics team has kept the title connection alive. Twelve years after Boston captured banner No. 17, there remains a regular group-text chain of basketball banter (and other choice topics) between Kevin Garnett, Paul Pierce, Rajon Rondo, Tony Allen, Doc Rivers, and yes, Kendrick Perkins.
9 months ago – via Jackie MacMullan @ ESPN

share
tweet
send
sms
email
The text chain has survived trades, free-agent signings, reunions gone sour and reunions that never materialized. Consider that at the start of the 2014-15 season, the participants on the chain represented six NBA clubs: Washington (Pierce), Brooklyn (Garnett), Memphis (Allen), Boston (Rondo), Oklahoma City (Perkins) and the LA Clippers (Rivers). Through the years, the chain has endured hurt feelings and periods of silence between individuals who had beef with one another. But, as Pierce said recently, “There hasn’t been a grudge between any of us worth holding on to.” “The guys won’t allow it,” Perkins added.
9 months ago – via Jackie MacMullan @ ESPN

share
tweet
send
sms
email
The text chain can be as simple as checking in about family members and milestones for each other’s kids, or as detailed as potential business opportunities to be considered. The most active texters are the retired players — Garnett, Pierce, Perkins and Allen — who regularly trade insults, and often get together in person in Los Angeles, where each of them has a home except Perkins, though he is regularly in town for his television duties. Garnett talks the most trash; when Perkins retired, he teased his friend on the chain, “What you doing now? Cooking at home wearing an apron?”
9 months ago – via Jackie MacMullan @ ESPN

Mark Giannotto: ZBo and Tony Allen have settled into their courtside seats here at FedExForum and Kings G Buddy Hield promptly goes up to them both and shakes hands before play resumes. Grizzlies off to a good start, up 20-14.
11 months ago – via Twitter mgiannotto