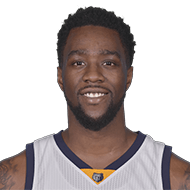 Former NBA players Jamario Moon and Anthony Wroten are the second and third defendants to strike plea deals over an alleged $4 million scheme to defraud the league’s health benefits plan, according to orders from a New York federal judge overseeing the sprawling case. The plea agreements were disclosed in minute orders from U. S. District Judge Valerie Caproni posted Friday, as well as in a letter to the court from prosecutors.
4 weeks ago – via Law360

Storyline: Former Players Fraud Case
share
tweet
send
sms
email
Diamond Leung: Tony Wroten, the ex-Sixers guard who was among those charged in a health care fraud scheme, will have his passport returned to him if he meets certain conditions so that he can accept an offer to play for the Sichuan Blue Whales in China, a federal judge ruled today.
8 months ago – via Twitter diamond83

share
tweet
send
sms
email
Anwil Wloclawek is traveling to Greece next week for the last game of the Basketball Champions League regular season against AEK, and Tony Wroten may not leave the country after the game and sign with Olympiacos. The 25th pick of the 2012 NBA draft has an opt-out clause that can be used in the next week.
2 years ago – via EuroHoops.net 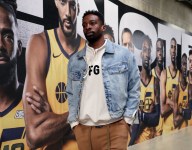 NBA players who got waived on Christmas