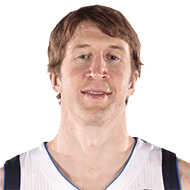 Justin Kubatko: The @Indiana Pacers Domantas Sabonis has recorded at least 10 points and 10 rebounds in each of his last 11 games, tying Troy Murphy for the longest such streak in the team’s NBA history.
3 years ago – via Twitter jkubatko

share
tweet
send
sms
email
Troy Murphy left Notre Dame after his junior year in 2001 and was soon making $1.3 million playing for the Golden State Warriors. He went on to play in the NBA for 12 seasons and make over $66 million in his career. What’s he up to now? He recently started a financial advisory firm to help others deal with sudden wealth — and is donating all profits to high school programs that teach financial literacy. “Leaving college at 20 and navigating the financial landscape of the NBA? I wasn’t prepared for it. I wanted to create a service that I would have wanted then,” Murphy told MarketWatch. So he started Sweven Wealth, a financial planning firm whose primary focus is to help people manage sudden wealth.
3 years ago – via marketwatch.com

share
tweet
send
sms
email
Former Dallas Mavericks player Troy Murphy wants to make a difference. Murphy, who has had a successful career in the NBA playing for the New Jersey Nets, Indiana Pacers, Golden State Warriors, Boston Celtics and Los Angeles Lakers, today launched his new venture, Sweven Wealth, which will focus on something Murphy knows all too well—sudden wealth recipients. His goal is to teach them how not to lose it all.
3 years ago – via Financial Advisor

share
tweet
send
sms
email
Murphy, a product of New Jersey, realized that while he was playing in the NBA no one ever taught him how to manage his money. He made $66 million in his national league career. “I left college to start my career in the NBA and found myself thrust in an environment with a lot of money,” he says. “I didn’t know who to trust or what to do, and people were giving me advice from every angle.”
3 years ago – via Financial Advisor

share
tweet
send
sms
email
After years of working to keep up his scoring average, Murphy has become obsessed with his grade-point average. He took four classes last semester — Organizing Innovation, Societal Adaptations to Terrorism, Introduction to Islamic Civilization, and Spanish — and compiled a 3.80 G.P.A. He made the dean’s list. Professional athletes often struggle to find focus and purpose after their playing days, after the constant external validation has dissipated. Becoming a full-time undergraduate student at an Ivy League university, then, has given Murphy a means to concentrate his considerable competitive energy. “For me it was: I’m going to prove I can beat this guy. I’m going to shut him down or outscore him or outrebound him,” he said. “Now, you have these professors who are some of the best, and you want to test yourself. You want to prove you can get an A in the class.”
7 years ago – via New York Times