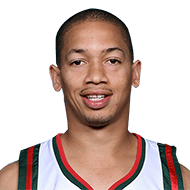 share
tweet
send
sms
email
Two longtime friends were looking at the calendar earlier this year while trying to figure out how they could hang out during busy work schedules that rarely left them in the same place. Then, Clippers coach Tyronn Lue and his Portland counterpart, Chauncey Billups, hit on on a solution. Road trip. The result is a preseason game Oct. 3 between the Clippers and Trail Blazers at Seattle’s Climate Pledge Arena, a matchup that will be formally announced Wednesday in Seattle. The game will cap a week of preseason travel for the Clippers, who plan to begin their upcoming 2022-23 season in Los Angeles with media day Sept. 26 before traveling to Las Vegas and opening training camp the next day.
6 days ago – via Andrew Greif @ Los Angeles Times

League sources reiterated Monday that the Clippers would be making a strong pitch to Wall once he makes it to the open market, with their chances of signing him said to be enhanced by the presence of coach Tyronn Lue.
1 week ago – via Marc Stein @ marcstein.substack.com

Andrew Greif: Lawrence Frank said that he and Tyronn Lue speak almost every day and that Kawhi Leonard and Paul George like to be involved in discussing personnel decisions as the team enters free agency. “It’s great to see how invested they are in the organization and what it means.”
2 weeks ago – via Twitter AndrewGreif

share
tweet
send
sms
email
Ohm Youngmisuk: Andre Iguodala says it’s really good to see African American coaches get a chance and a chance to stick. He credits Ty Lue as one of the most feared coaches who can succeed without having an analytical background.
1 month ago – via Twitter NotoriousOHM

Mike Brown’s cellphone was filled with congratulatory text messages from family, friends and NBA colleagues when he was recently named the new head coach of the Sacramento Kings. But of all the well-wishes, the ones that left a lasting impression on Brown came from his fellow Black NBA coaches, such as Doc Rivers and Tyronn Lue. Rivers told Andscape that it was important that Brown knew “there were a lot of coaches who were not only happy for him, but believed it was due.”
2 months ago – via Marc J. Spears @ Andscape