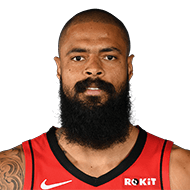 share
tweet
send
sms
email
According to an NBA source, the Knicks have also had internal talks about bringing back center Tyson Chandler, a key to their 2012-13 powerhouse team when current assistant Mike Woodson was head coach.
1 year ago – via Marc Berman @ New York Post

This rumor is part of a storyline: 30 more rumors
share
tweet
send
sms
email
Tyson Chandler: Voted for the 1st time today!!!! Made it even that much better watching my little brother vote. Changing the cycle ✊🏽

Voted for the 1st time today!!!! Made it even that much better watching my little brother vote. Changing the cycle ✊🏽 pic.twitter.com/BQDMXZXlQ3

share
tweet
send
sms
email
Nowitzki: I think the whole thing was kind of surreal, to get to this point and to try to understand what we had just accomplished for ourselves. And for this organization that’s never won a championship. There’s a great photo with me and Tyson [Chandler], we both have our hands on heads — sort of in disbelief and sort of relieved, I think, is the word. And there’s a picture of me hugging Jet [Jason Terry], which is really emotional because of what me and Jet had been through over his time here in Dallas.
1 year ago – via Brad Townsend @ Dallas Morning News

Mike Trudell: Kyle Kuzma said a message from vet Tyson Chandler last year stuck with him: “I’ve been in the league for 18 years, and only been to the Finals once.”
1 year ago – via Twitter LakersReporter

Marc J. Spears: Rockets veteran center Tyson Chandler, who just completed his 19th NBA season, says to @TheUndefeated he is open-minded about continuing his playing career but opportunity and the state of the world will have a lot to do with that decision.
1 year ago – via Twitter MarcJSpears