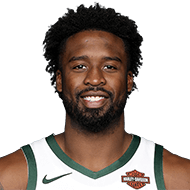 James Ham: Hassan Whiteside is listed as questionable for tonight’s game against Lakers. Marvin Bagley is out. Lakers are without LeBron James, Anthony Davis, Andre Drummond and Jared Dudley. Wes Matthews is questionable.
2 weeks ago – via Twitter James_HamNBCS

Mike Trudell: Andre Drummond (toe contusion) stayed behind in Los Angeles and is out for the team’s game at Sacramento tonight. Meanwhile, Wesley Matthews is questionable with a neck contusion.
2 weeks ago – via Twitter LakersReporter

share
tweet
send
sms
email
For what it’s worth, multiple Lakers suggested they’re confident that the team will regain its shooting in short order, and that any current concerns will be quelled over time. “We’ll be better,” Matthews said.”… We gotta look at the tape. But we just gotta step into shots, deliver the ball. Bron, for the most part, is the one delivering the pass, so it’s on-time, on-target. We just gotta let that thing fly. Shoot with confidence and we’ll get in a rhythm. … We’re not worried about the shooting. That’ll come around. We’ve got too many guys that can fill it up from the 3-point line.
2 months ago – via Jovan Buha @ The Athletic

share
tweet
send
sms
email
Mike Trudell: Jared Dudley said the Lakers are going to need Wesley Matthews and Markief Morris, who haven’t played in the last 2 games, to win the championship. He also said of THT getting playing time: “Talen Horton-Tucker has earned this. Let’s be honest.”
2 months ago – via Twitter LakersReporter