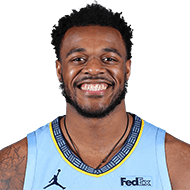 Joe Mullinax: I asked Zach Kleiman about Brandon Clarke’s fall out of the rotation and the evaluation of him after this season. They’re still high on BC, and they have a lot of playable guys on this team (points to Tillman and Tillie). They’re still optimistic on what he can be going foward
1 week ago – via Twitter sbnGrizzlies

Joe Mullinax: Xavier Tillman is up next. @Drew Hill asked him about thriving in physicality and trash-talking, and keeping that edge. “We are a team that focuses on us, so if we see someone try to attack one of our guys, that’s the last thing you want to do.” They become more focused/lethal
3 weeks ago – via Twitter sbnGrizzlies

It is important to remember Ball is the exception, not the rule. Ball came into the game with 2.5 win shares on the season. Sacramento’s Tyrese Haliburton was second at 2.2. No other player picked in the 2020 draft is over two. Of the teams succeeding right now, very few are doing so on the strength of rookies. There have been fun contributors around the edges, such as Immanuel Quickley in New York or Desmond Bane and Xavier Tillman in Memphis, but that’s about it when it comes to competitive teams.
3 months ago – via Eric Koreen @ The Athletic

share
tweet
send
sms
email
So it came as little surprise to Morant, or anyone else in Memphis, that the emerging star guard was able to come back Saturday night in less than that initial three-week timeline, as he scored 17 points and dished out six assists to lead the Grizzlies to a 106-104 win over the Philadelphia 76ers. “It was huge, in the fact that he wanted to come back so fast,” said rookie forward Xavier Tillman, who had 15 points and 4 rebounds in 28 minutes. “For a guy who .. is a franchise kind-of-guy, they’re usually able to take their time and make sure they are 110 percent before they come back. I’m not saying he wasn’t 110 percent, but he was dying and itching to come back and help us win games. “To see that from your head guy motivates everybody else, including me, being one of the rookies on the team. It’s like, ‘Hey man, forget nicks and bruises. The dude looked like he broke his ankle and he’s itching to get back. If I have nicks and bruises, I can play, and I can give my heart.'”
5 months ago – via Tim Bontemps @ ESPN 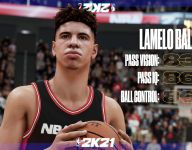