share
tweet
send
sms
email
Was there any particular event that made you realize you had to give up on basketball or was it a long-meditated decision? Zarko Cabarkapa: As you know, I had quite a few injuries and surgeries. After each one, I gave my best to come back to the court. However, once I realized I couldn’t do two practices a day without painkillers, retirement seemed like the only reasonable option.
7 years ago – via HoopsHype

share
tweet
send
sms
email
Are you angry about what happened with Fortson? Were you angry or bitter about it at some point? Zarko Cabarkapa: No, there is no place for anger in sports. Fouls, whether intentional or not as well as injuries, are an integral part of sport. Of course, I was not pleased I was out for two months after a good start of my NBA career, but you must learn to find methods to fight the roadblocks on the way if you want to succeed. Fortson said he sent a letter of apology. Did you get it? Zarko Cabarkapa: He sent a letter of apology right after the game. Even later, when we played against each other, we talked about it. As I said, these things happen in sports. Of course, such situations should be reduced to a minimum but when it happens, it is important to deal with it in a constructive way and move forward.
7 years ago – via HoopsHype 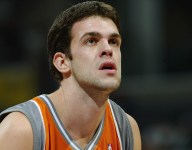 Whatever happened to Zarko Cabarkapa? 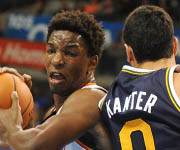 The worst international picks at each draft spot