9 months ago – via Michael Scotto @ HoopsHype
Deandre Ayton was upset an extension didn’t get done coming off a trip to the Finals and the way he played in the playoffs. So far this season, I’ve been told that he’s happy because he loves winning. His goal is to play at an All-Star level and get back to the championship with the Suns, and the rest of it (his next contract) will play itself out. Kudos to Monty Williams and Mark Bryant, who’ve been able to get through to him to keep his mindset in a good place. He’s on the edge of being top-15 in player efficiency rating in the league right now.

Brian Windhorst spent much of his Friday episode of “Brian Windhorst & The Hoop Collective” podcast talking about Durant’s situation. Windhorst said he felt the Nets won the recent showdown between Durant and team owner Joe Tsai. But Windy doesn’t necessarily think that means all is over between the sides. In fact, Windhorst says he now could see a world where Durant holds out of training camp. “A week ago, if you had asked me, ‘Will Kevin Durant hold out of training camp if he is not traded?’ I would have been like, ‘eh, I can’t see it.’ Now I can see it. That is what we are headed towards,” Windhorst said.
8 hours ago – via Larry Brown @ Larry Brown Sports

share
tweet
send
sms
email
Some analysts speculated that the Nets would play hardball with Durant. Brooklyn’s calculation would have depended upon Durant’s love of basketball. The thinking was that KD loves playing too much to sit out a season in order to get his way. Now Windhorst says he thinks a scenario of Durant sitting out could be on the table.
8 hours ago – via Larry Brown @ Larry Brown Sports

Longtime basketball writer Marc Stein reported on Saturday that a matchup between the Grizzlies and the rival Golden State Warriors is on the NBA’s preliminary schedule for the 2022-23 season. Morant, the Memphis star, responded to the news with some trash talk for Warriors counterpart Draymond Green. “we got what we wanted dray. @Money23Green,” Morant tweeted along with a photo of a heated moment he had on the court with Green last year. Green was actually fairly muted and deferential in his response to Morant, tweeting back, “That’s the power of your voice Young! Let’s gooooo! Bring the fam to the crib for dinner after.”
8 hours ago – via Darryn Albert @ Larry Brown Sports

The lawsuit says that by sharing the photos, those involved — including the deputy at the bar and firefighters weeks later at an awards banquet — violated the victims’ families’ constitutional rights to control images of their loved ones’ remains. “Mrs. Bryant feels ill at the thought of strangers gawking at images of her deceased husband and child, and she lives in fear that she or her children will one day confront horrific images of their loved ones online,” Bryant’s lawyers wrote in a complaint. “Many social media users have claimed to have seen photos of the victims’ remains, and their accounts are plausible given the number of deputies who took photos, the ease with which cellphone pictures are transmitted and saved in cloud storage, and the Sheriff’s Department’s egregious failure to take reasonable steps to prevent dissemination of the photos.”
8 hours ago – via Douglas Morino @ New York Times

Storyline: Vanessa Bryant Lawsuit
share
tweet
send
sms
email
Surveillance video inside the bar showing Cruz and Gutierrez interacting and appearing to look at Cruz’s cellphone together played throughout his testimony. At times, it appeared that Cruz and Gutierrez were smiling and laughing after viewing the photos — but Gutierrez disputed that interpretation. “What type of human being would laugh at photos of other human beings like that?” he said. Bryant, sitting in the courtroom, repeatedly wiped away tears and, at times, held her head in her hands. At one point, while Gutierrez testified about the photos, she asked the judge for permission to leave the courtroom. She stood up and walked out, wiping tears from her eyes. The trial is expected to last at least another week, with 52 total witnesses slated to appear. Villanueva and Bryant are among those scheduled to testify.
8 hours ago – via Douglas Morino @ New York Times

share
tweet
send
sms
email
USA Basketball has picked its 12-man roster for the opening second-round window of World Cup qualifying, as the Americans look to move closer to clinching a spot in the field for next year’s event. Jim Boylen will return as coach, assisted again by Ty Ellis and Othella Harrington.
13 hours ago – via Associated Press @ NBC Sports

The roster will include six players — Michael Frazier II, Langston Galloway, David Stockton, DaQuan Jeffries, John Jenkins and Eric Mika — who were with the Americans for the previous qualifying window in July. The other six players for games Aug. 25 in Las Vegas against Uruguay and at Colombia on Aug. 29 are Tyler Cavanaugh, Malik Ellison, Dewan Hernandez, Mac McClung, Robert Woodard II and McKinley Wright IV.
13 hours ago – via NBC Sports 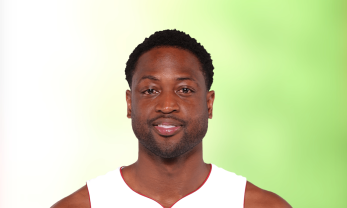