The Bucks have already been reported here and elsewhere a as the team that was close to acquiring Crowder weeks ago before the third team in the deal, Houston, balked at their returning draft compensation. But the Bulls and Blazers are two other teams interested in Crowder.
11 hours ago – via Matt Moore @ Action Network

Mason Plumlee is another center name said to be available for a first-round pick. Charlotte has transitioned in recent weeks from looking for moves to try and revive their season to looking purely for future assets.
14 hours ago – via Matt Moore @ Action Network

The exchange began Saturday morning with Durant’s quote tweet about O’Neal not knowing Rui Hachimura, the ninth overall pick in the 2019 draft who was recently acquired by the Los Angeles Lakers in a trade with the Washington Wizards. “If you ain’t a top 10 player, I don’t know who you are,” Shaq said on “Inside the NBA.” “I’m not watching the Bullets or the Wizards.”  Durant responded by tweeting, “Shaquille doesn’t know ball?”
21 hours ago – via NBC Sports

Nets Daily: Sean Marks has now been spotted at last two games of 18-year-old French PG Rayan Rupert, a 6’7″ (7’3″ wingspan) who plays for the NZ Breakers of Australian league. Here he is today in New Zealand. Rupert is seen as a mid-first rounder. Nets have 25th pick.
2 days ago – via Twitter NetsDaily 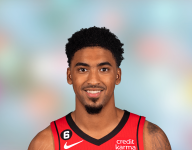 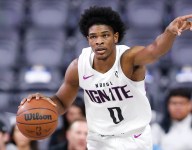