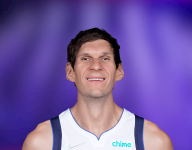 Ahead of games against Latvia in Riga and Belgium in Nis, the Serbia Basketball Federation released a list of 20 players to be available for the fixtures of the 2023 FIBA World Cup European Qualifiers, as selected by national team boss Svetislav Pesic. While Nikola Jokic and other NBA players are expected to join the national team later in the offseason, Nemanja Bjelica and Boban Marjanovic were called up for these games. Serbia will be in action on 30 June in Latvia and 3 July back home.
7 days ago – via EuroHoops.net

share
tweet
send
sms
email
Carrying results from Group A, Serbia will be placed in Group I in the second round. The top three teams of the new six-team group will punch in a ticket for the 2023 World Cup. The second round of the Qualifiers starts in late August, shortly before the 2022 EuroBasket. In the preliminary round of the major international tournament, Serbia in Group B is set to face the Netherlands, hosts Czech Republic, Finland, Israel, and Poland.
7 days ago – via EuroHoops.net

Sweden’s ex-NBA star Jonas Jerebko has quit CSKA Moscow, the team said on Saturday, less than three months after his controversial decision to join the organisation amid international condemnation of Russia. The Swedish basketball federation cut Jerebko from the national squad at the end of March, a day after he joined CSKA Moscow, saying his decision was “against the federation’s values and our very clear stance towards Russia” over its invasion of Ukraine.
1 week ago – via The Local

share
tweet
send
sms
email
The Swedish federation said Jerebko would however not be returning to the national squad. His decision to leave CSKA “doesn’t in any way change the decision we made when he signed with them”, the head of the federation Fredrik Joulamo told Swedish news agency TT.
1 week ago – via The Local 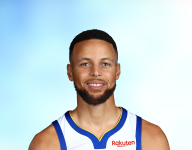 David Aldridge: Asked if Steph Curry was missing something before winning Finals MVP, Steve Kerr said, “what he’s missing is an Olympic gold medal. And I think he really needs to concentrate on making the 2024 Olympic team.” For the uninitiated: Steve Kerr is the U.S. men’s Olympic team coach.
2 weeks ago – via Twitter davidaldridgedc