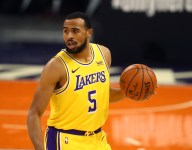 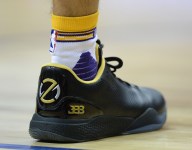 Which 2017 NBA rookies have shoe deals with Nike, adidas and more? 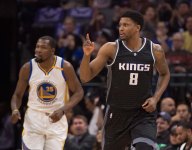 Rudy Gay is likely to leave the Sacramento Kings this offseason. 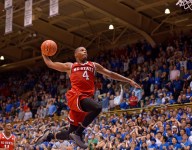 Harry Giles. Danny Chau: Harry Giles has torn the MCL and meniscus in his left knee, and he’s torn the ACL in both knees, all before turning 18. Had everything gone perfectly, he would have assuredly been the undisputed no. 1 player in the nation. Instead, after two catastrophic knee injuries — the most recent occurring 10 months ago, during the first minutes of his senior-season debut — Giles plummeted all the way to … no. 2, according to the cumulative rankings compiled by the Recruiting Services Consensus Index. ESPN, so enamored with Giles’s talent, kept him in the no. 1 position at the end of the season; a day after the tear was confirmed, Giles became the crown jewel of Duke’s outstanding 2016 recruiting class. Calamity keeps trying to get in the way, but Harry Giles might be too special, too Teflon, for any of her wicked stunts to change the trajectory of his career.
5 years ago – via The Ringer