“I wasn’t going to go, but then I was like, ‘You know what?’ I turned 60. I said a prayer for Bob and I went,” Bayno said. After Summer League ended, Bayno went home to Los Angeles. Shortly after arriving, he received a call alerting him his Prostate-Specific Antigen (PSA) levels were high. From there, Bayno went to Ronald Reagan UCLA Medical Center to get a physical exam. That came back abnormal. In early August, Bayno was finally able to get a biopsy appointment. A few weeks later, the biopsy confirmed it was cancer. “I’m lucky because if I didn’t do that screening at Summer League, I would have been walking around with it all season, growing inside of me probably,” Bayno said. “It could have spread. That’s the only issue … if it spreads. Prostate cancer, for the most part, doesn’t kill you unless it spreads to other areas.”
4 weeks ago – via James L. Edwards III @ The Athletic

share
tweet
send
sms
email
Earlier this season, Bayno cut a promo for Henry Ford Health Systems, talking about his cancer scare and encouraging others to utilize the provider’s free test. Hundreds went and got checked out after seeing Bayno’s video during a Pistons game. “That probably saved some local lives in Detroit,” he said. “A negative turned into a positive, which is always what you want to try and do in life.”
4 weeks ago – via James L. Edwards III @ The Athletic 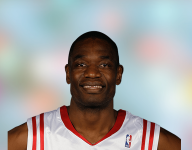 Michael Grange: I asked VanVleet if his off-season training adjustments included switching to a plant-based diet as has become more common for elite athletes: “No. Not quite. If I can get a percentage of a plant-based company I might.”
4 months ago – via Twitter michaelgrange

Giannis Antetokounmpo has never forgotten how his journey began, shaping the steps he’s taken since – which currently includes the investment in and advocacy for a telehealth company called Antidote Health. “Affordable health care for all, no matter where you are from – race, circumstance, location,” he said of why he got involved with the startup company. “Having access to affordable health care for all. It’s something that growing up we didn’t have, me and my family obviously being an immigrant illegally in Greece we weren’t able to have that.”
6 months ago – via Jim Owczarski @ Milwaukee Journal-Sentinel

share
tweet
send
sms
email
Giannis Antetokounmpo: “I could see it in my mom and dad’s eye that they were terrified when I was like ‘oh, my stomach hurt.’ Or, I have a headache or whatever the case may be. Or dad, ‘my hand, my wrist hurt.’ They were terrified. They were like what are we going to do? We have to find a way to treat this ourselves, you know? But just being able to allow all those people that don’t have healthcare, that don’t have access to it, to give it to them, put it in front of them.”
6 months ago – via Jim Owczarski @ Milwaukee Journal-Sentinel