Par-Lay Sports & Entertainment, the agency founded by Christian Dawkins, the former runner at the center of the college basketball scandal, has formed a joint venture with veteran NBA agent Wallace Prather and has signed G League power forward Isaiah Todd for representation in the NBA draft. Todd, who is 6 feet, 10 inches tall, is one of several players on the G League’s Ignite, a special team for young talented basketball players who decided to forgo college and who are expected to be drafted this July. He is viewed as a late first-round or early second-round prospect and was ranked No. 38 overall on website nbadraft.net’s mock draft last week. Prather and Steve Haney, Dawkins’ attorney, who recently became a National Basketball Players Association-certified agent, are representing Todd.
7 days ago – via Sports Business Journal 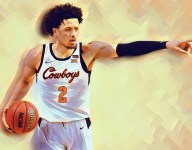 “I gave it a lot of thought,” Hardy told ESPN. “I always wanted to go to college, but I wanted to look at the G League. The more I could not make official visits or meet with coaches and players, it made my decision easier. I never got to interact with anyone on campuses or see things first-hand.” Hardy is the third notable player in the 2021 class to sign with the G League Ignite team, following No. 7-ranked prospect Michael Foster and one-time Gonzaga commit Fanbo Zeng. The new pathway began last spring, when four five-star prospects opted to go that route: Jalen Green, Jonathan Kuminga, Isaiah Todd and Daishen Nix.
4 weeks ago – via Jeff Borzello, Paul Biancardi @ ESPN

share
tweet
send
sms
email
Zeng committed to Gonzaga last fall, but sources say the departure of assistant coach Tommy Lloyd — who led the recruitment of Zeng to the Bulldogs — played a major role in the 18-year-old’s decision to head to the G League now. Lloyd recently agreed to become the new head coach at Arizona. Zeng is set to join an Ignite program that made the G League postseason in its debut 2020-21 season. Last year, the Ignite signed prep stars Jonathan Kuminga, Jalen Green, Daishen Nix and Isaiah Todd to contracts. Green and Kuminga are potential top-five draft picks in this year’s NBA draft.
2 months ago – via Shams Charania and The Athletic Staff @ The Athletic 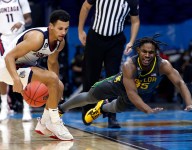 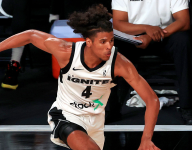 It worked: For a salary that reportedly exceeds $500,000, Green agreed to bypass a scholarship at Memphis to get on board, giving the G League a face for the program and a magnet for more talent. Isaiah Todd soon followed, shunning a scholarship offer from Michigan. Then came Daishen Nix, Jonathan Kuminga and international projects Kai Sotto of the Philippines and Princepal Singh of India. The team started training in Walnut Creek last August, preparing for a nearly one-month G League season being staged in the same Walt Disney World “bubble” outside Orlando where the NBA played its pandemic-shortened season last year. “These guys are NBA players,” Abdur-Rahim said. “They’re going to play in the NBA. I try to take that anxiety away from them. I don’t think anybody expects them to just go out and dominate.”
4 months ago – via Michael Lee @ Washington Post