Still, there is speculation from rival executives whether or not the Bulls will extend LaVine the full maximum contract of five years and roughly $212 million. The public stances of Reinsdorf and Karnišovas suggest otherwise.
5 days ago – via K.C. Johnson @ NBC Sports 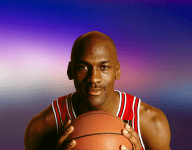 In an appearance on NBC Sports Chicago’s Bulls Pregame Live, Chicago Bulls Chairman Jerry Reinsdorf refuted a claim by Tracy McGrady that Michael Jordan threatened to retire to shoot down a 1997 trade that would have sent Scottie Pippen to the Celtics and McGrady to the Bulls. “I understand that there’s a lot of truth to this story,” Reinsdorf said on the broadcast. “But the one part that’s not true is that Michael Jordan in any way communicated with the Chicago Bulls his displeasure over the trade.”
2 months ago – via Rob Schaefer @ NBC Sports

This rumor is part of a storyline: 2 more rumors
share
tweet
send
sms
email
“We had won five championships at that point, and Krause came to me and said: ‘Look, I’m not sure I can guarantee — I don’t know how strong I feel about winning a sixth championship. But I have a chance to trade Scottie Pippen to the Boston Celtics for two very high picks (No. 3 and 6 in the 1997 draft),’” Reinsdorf said. “And Krause, if we had done that deal, he was going to take Tracy McGrady and he was gonna take Ron Mercer. “I thought long and hard about it, but my decision came down to this: What would our fans want us to do?’ And I concluded that our fans would want us to win a sixth championship, even if it meant we weren’t going to be that good afterwards. And that’s why I vetoed the trade. I never heard from Michael Jordan about it. If Krause heard anything from Michael Jordan, he would’ve had to have told me about it.”
2 months ago – via Rob Schaefer @ NBC Sports

share
tweet
send
sms
email
Reinsdorf added in his sitdown that he reached out to Jordan after hearing the most recent re-telling of the story, and Jordan concurred with his version of events. “After this podcast, I contacted Michael Jordan, and asked him if there was any truth, and his reply to me was ‘BS.’ And that’s the case,” Reinsdorf said. “I don’t even know if Michael was aware of it (the trade). But he certainly never communicated to us, never threatened to retire. And the only reason that trade didn’t go through is I felt our fans wanted a sixth championship, and I wanted a sixth championship.”
2 months ago – via Rob Schaefer @ NBC Sports

share
tweet
send
sms
email
“I’m very direct, I think you see that,” Boylen told me last week, as we sat in the bleachers at the Washington Wizards’ practice facility, where Team USA worked out. “I was very direct in Chicago. I coached that Chicago team how John Paxson and Jerry Reinsdorf wanted it coached.” Boylen is the coach of Team USA, but not the Team USA that plays in the 2023 World Cup, or the 2024 Paris Olympics. That’s Steve Kerr’s job. Boylen is coaching the Team USA that is trying to win enough games to qualify for the World Cup. He has a roster full of G Leaguers, instead of NBA All-Stars, and the games are spaced months apart. The new job is going well for Boylen, who has collected three wins against one defeat so far.
3 months ago – via Joe Vardon @ The Athletic

share
tweet
send
sms
email
KC Johnson: Thibodeau on Noah: “I’m just thrilled that Jerry and Michael (Reinsdorf) are recognizing him for what he did. And it’s great to see Joakim’s mother and father, his family. And just seeing where he is. He’s totally at peace. And he should be. He gave everything he had to the game”
7 months ago – via Twitter KCJHoop