JD Shaw: The Nets have signed second-round pick Kessler Edwards to a two-way deal.
1 year ago – via Twitter JShawNBA

The Nets do have options with Perry but he’d have to agree to them. He could return to the G League as a two-way player where he’d get a salary of about a half million dollars. The Nets sent him to Long Island last year and he played well, averaging 18.1 points, 8.9 rebounds and 2.9 assists with 52/32/77 shooting splits in the “bubble.” He could also be signed directly to the Long Island roster, but at a much reduced number. The Nets already have 15 players signed to standard NBA deals, one of whom, Alize Johnson, will be non-guaranteed till September 4, while another, DeAndre’ Bembry, is partially guaranteed through December 15. They do have two two-ways available, but competition for those spots could be tough as well. Both the No. 44 pick, Kessler Edwards, and undrafted camp invite David Duke Jr. have looked good in Las Vegas with Duke starting all three Summer League contests. And who knows what else the front office is working on?
1 year ago – via Net Income @ NetsDaily 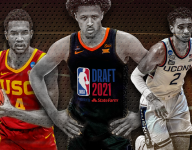 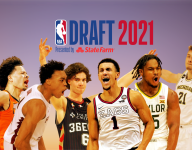 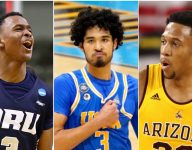 Did he stay or did he go? Tracking the biggest NBA draft decisions