Brandon Rahbar: Daigneault says wouldn’t be where he is in his career if it wasn’t for his time in Florida and the opportunities Billy Donovan gave him. Daigneault on Mo Cheeks: “Hall of Fame person. I’m indebted to him.”
2 years ago – via Twitter BrandonRahbar 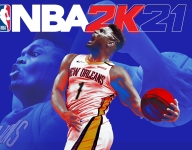 NBA 2K21: The ratings of all players this season

share
tweet
send
sms
email
Longtime Thunder assistant Maurice Cheeks is reportedly joining Billy Donovan’s staff in Chicago, and it’s unclear which of the five other Thunder assistants (David Akinyooye, Vin Bhavnani, Dave Bliss, Brian Keefe, Mike Wilks) will remain in Oklahoma City under Daigneault. “I think a lot of times you can hurt the room and the group if it just becomes about offsetting your weaknesses and filling your own individual gaps,” Daigneault said of the hiring process.
2 years ago – via Joe Mussatto @ The Oklahoman 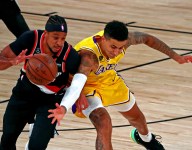 Blazers are the runaway leaders in first-round exits

Erik Horne: Billy Donovan on the Thunder’s first post-practice conference call in Orlando, says the team has seven coaches in Orlando including himself. Maurice Cheeks, 63, is included.
2 years ago – via Twitter ErikkHorne

share
tweet
send
sms
email
RAY: Your team had a run of great seasons but never won a championship. I think your last five seasons, the Bucks finished first in the conference. You had a great collection of players, including the ones who came in the trade for Kareem. Marques Johnson: Yeah, we had it going on. We started out green and kept growing. The only problem was that we either had to go through the Boston Celtics with Larry Bird, Kevin McHale, Robert Parish (and later Dennis Johnson) and that crew, or the Philadelphia 76ers and Dr. J., Bobby Jones, Maurice Cheeks and Andrew Toney, aka. the Boston Strangler. The year that we were really primed to make a championship run, the Sixers had picked up Moses Malone in the offseason.
2 years ago – via bballwriters.com