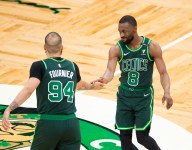 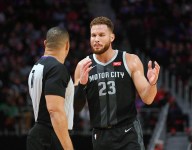 Multiple sources told ESPN that Robinson left the WKU campus more than a week ago and is currently home in New Orleans with no intention of returning to school. Robinson confirmed the news to Scout.com late Sunday night. “I’ve decided to leave Western Kentucky and just focus on next year’s NBA draft,” Robinson told Scout.com.
4 years ago – via ESPN

share
tweet
send
sms
email
Mitchell Robinson is expected to return to Western Kentucky, multiple sources told WBKO over the weekend. Robinson, a 7-foot, McDonald’s All American center from Chalmette (La.) High School, has until 4 p.m. Monday to officially enroll at WKU. The freshman attended WKU briefly in July before leaving school to contemplate his future. A five-star recruit, Robinson left Bowling Green in late July and was granted a release from his scholarship a few days later. He took recruiting trips to Louisiana State, Kansas and New Orleans while also considering the start to his professional career or whether to individually train for the 2018 NBA Draft in June.
4 years ago – via wbko.com 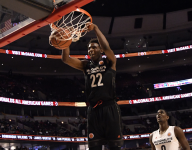 Former Chalmette center Mitchell Robinson is expected to skip college and prepare for the 2018 NBA Draft, a source confirmed to NOLA.com l The Times-Picayune on Tuesday. Yahoo! was the first to report the news. Robinson signed a letter of intent with Western Kentucky coming out of high school, but he decided to leave after attending two weeks of summer school.
4 years ago – via New Orleans Times-Picayune