Justin Grasso: Former #Sixers President Pat Croce on Joel Embiid: “I would have loved to have had him on our team…. To have Embiid is to like have Tim Duncan back in the day”
2 months ago – via Twitter JGrasso_

As Bryant would go on to dominate the state as a senior, win Pennsylvania player of year honors, break Chamberlain’s all-time scoring record and lead Lower Merion to the title, Lucas noticed the resentment he encountered. They assumed he was soft, pompous. “They had great hate for Kobe.” Lucas said. “It was because he was Lower Merion. A suburban kid and the whole works. I used to tell him all the time, ‘Don’t pay no attention to that. Just go play. Fake bullies.’” Had the opportunity arrived, Lucas would’ve made the stunning decision to take Bryant instead of Iverson. But Lucas wasn’t around to make the first pick of the 1996 draft because Howard Katz sold the team that April and Pat Croce hired a new general manager and coach.
1 year ago – via Michael Lee @ The Athletic 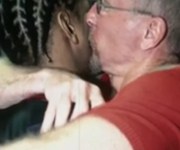 share
tweet
send
sms
email
Owners meetings may have been meant for debate and discussion, but much of the decision making was left to Stern. “I went to every board meeting for five years and it was just amazing to me,” said Pat Croce, former co-owner of the Philadelphia 76ers. “We’d get the agenda, but whatever David wanted to get done, got done. He really cares about fans, too, and will get really radical with owners when he thinks the fans are getting shafted.”
8 years ago – via Sports Business Daily

share
tweet
send
sms
email
The Daily News caught up with former Sixers president Pat Croce on the reported “imminent” sale of the team. “I think if you get bought by a passionate owner, who is into it 100 percent, I think it’s great … You want that owner who is dedicated, who has leadership, who will bleed red, white and blue. “When I was there, I didn’t care about any other team. I wanted the Sixers to be better than the Flyers, the Eagles and the Phillies. I still rooted for those teams, but I wanted us to be the best, to be the No. 1 team among the fans.
10 years ago – via Philadelphia Inquirer

share
tweet
send
sms
email
“It’s not like you’re buying the Dallas Mavericks, who have been a top level team, but this is a great time to be taking over that franchise. A perfect time. Sixers fans will hope, and demand, whoever it is taking over gives it their all. You can’t beat the city of Philadelphia or its fans.”
10 years ago – via Philadelphia Inquirer