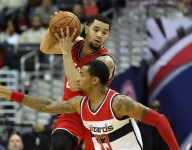 Fred VanVleet: "It's good to know that I wasn't crazy for believing in myself" 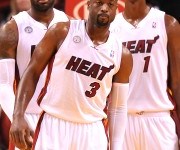 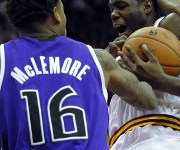 How are 2013 draftees PERforming?

Mourning, the ex-Georgetown star and NBA champion with the Miami Heat, congratulated the rookies on making it to the league but wanted them to understand that being a basketball player is “temporary” and told them that success wasn’t guaranteed, using the example of former No. 2 overall pick Jay Williams, whose career was derailed when he was injured in a motorcycle accident after his rookie season with Chicago. “As fast as you come in this league, this league will spit you out of here,” Mourning said. “I knew there was a clock that started as soon as I came into the league.” The clock has started for Wall, who is taking it all in. “You can learn so much from them, from guys that was in this way before we probably was even born,” Wall said. “Then, you have people that’s going through it right now that can really help you. It means a lot.”
11 years ago – via Washington Post