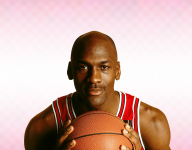 Stacey King: I didn't like the way Scottie Pippen was portrayed in Michael Jordan documentary

Retired ex-Bull Stacey King appeared this week on ESPN’s “The Lowe Post.” King, who is now a commentator for the Bulls, criticized Jordan for the portrayal of Pippen in “The Last Dance.” “I thought that the documentary was really good for the fans,” said King. “It gave people, in a down time with COVID, something to be happy about … It opened up a new set of fans for the Bulls teams back then. More people recognized that Michael was as good as their parents said he was. [But] I thought it was a little bit sensationalized. I didn’t like the way Scottie was portrayed in certain things. In that documentary, a lot of things Scottie did didn’t really pertain to that second three-peat. You know, the 1.8 seconds was when MJ was retired. In my opinion, that really didn’t need to be brought into ‘The Last Dance.’ It had nothing to do with that.”
5 months ago – via Larry Brown Sports

share
tweet
send
sms
email
“I was there when Scottie had the migraine,” said King. “When you have one of the worst migraines, you can’t see, which Scottie couldn’t. He was in so much pain, coming to Detroit for that Game 7. He was in tears, and he tried to play. Couldn’t see and was just so visibly shaken by not being able to play. And he got such a bad rap for that. His teammates knew what he was going through, knew that he went out there and he wanted to play. To have that in a documentary, bringing that back up? We ended up winning three straight championships after that … I thought Scottie was treated harshly there and I understand where he is coming from. Scottie has always felt he doesn’t get the attention he deserves. He’s always been looked at as Robin to Batman.”
5 months ago – via Larry Brown Sports

Storyline: Michael Jordan Documentary
share
tweet
send
sms
email
Stacey King: Tested negative last night but still dealing with after effects like high temperature and still very weak. I have zero strength right now and I’m a ways to being back to my normal self but I’m blessed to have made it through this horrible disease! Covid sucks!!!
5 months ago – via Twitter Stacey21King

Storyline: Coronavirus
share
tweet
send
sms
email
Stacey King: Yes I’m in the NBA Covid protocol and resting at home comfortably. Hope to be back soon ????
6 months ago – via Twitter

share
tweet
send
sms
email
Stacey King: So sad to hear of the passing of Jerry Krause one of the greatest GM’s in NBA history & architect of the Bulls Dynasties of the 90’s #RIPJK
5 years ago – via Twitter Stacey21King