It is one of many issues drawing the attention of both the league and its players, with many NBA stars — including LeBron James — speaking out repeatedly of late about the need for equality in society. And Silver, while not going as far to say that considering such a law would keep Texas from being considered for All-Star events in the future, made clear that the NBA is watching. Next year’s All-Star weekend is in Los Angeles. Texas last hosted an All-Star weekend in 2013. “I’m not ready to draw bright lines,” Silver said. “Clearly, though, the laws of the state, ordinances, and cities are a factor we look at in deciding where to play our All-Star Games.”
5 years ago – via USA Today Sports

share
tweet
send
sms
email
The NBA is warning Texas over a proposed “bathroom bill” targeting transgender people that is similar to a North Carolina law that prompted the league to move the All-Star Game out of that state. The NBA on Friday joined the NFL in suggesting that Texas will be overlooked for future big events if lawmakers pass a bill requiring people to use bathrooms that correspond to the sex on their birth certificate.
5 years ago – via NBC Sports 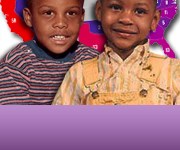 Howard could get only a four-year max deal by going somewhere else and would make $1.7 million less per season, but could still come out on top if he signs with the Houston Rockets or Dallas Mavericks and makes his home in Texas, a state that has no income tax. Over a four-year period, Howard would gross $94.4 million off a contract with the Lakers and $87.6 million from a contract with an NBA team in Texas, but Raiola says the difference in the state income tax between California and Texas would result in Howard netting $2.6 million more from a Texas-based team. That’s even including jock taxes, which are the taxes Howard would have to pay states when he plays on the road. “If Dwight signs with the Lakers, it would be ideal if he could play in California but not be a resident in the state,” Raiola said.
9 years ago – via ESPN.com