Tatum’s missed 3-pointer with 6.7 seconds remaining was one of nine straight misses Boston had over the final 7 minutes, 19 seconds of its 109-105 loss to the Portland Trail Blazers, allowing the visitors to close the game with a 20-5 run to snatch a victory that it appeared the Celtics had well in hand. “It hurts,” said Tatum, who finished with 27 points, 10 rebounds and 7 assists in 41 minutes, but missed all six of his 3-point attempts. “It bothers you, as it should. But you can’t go back in time. “It’s just get back in the gym, watch some film, learn from your mistakes, and try to improve on them.”
9 hours ago – via Tim Bontemps @ ESPN

The triumph by the Nets had Patty Mills and LaMarcus Aldridge smiling. The tribute from the Spurs had them crying. The pair, on Friday night, made their first returns to San Antonio since leaving for Brooklyn, and they received a warm reception from Spurs fans and were honored with a video tribute at AT&T Center. “It was cool that we get to share the moment together because obviously we both were here for some time,” Mills said. “So it was cool and unique for us to be able to share the moment together. So it was really cool to share the moment.” “Ah man, I was touched,” Aldridge added. “It’s always nice to see what you achieved and those moments that were special to me and this organization. When I left Portland it was a bitter ending, so it was nice to have it here.”
9 hours ago – via Brian Lewis @ New York Post 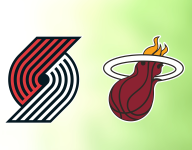